How you can make a difference 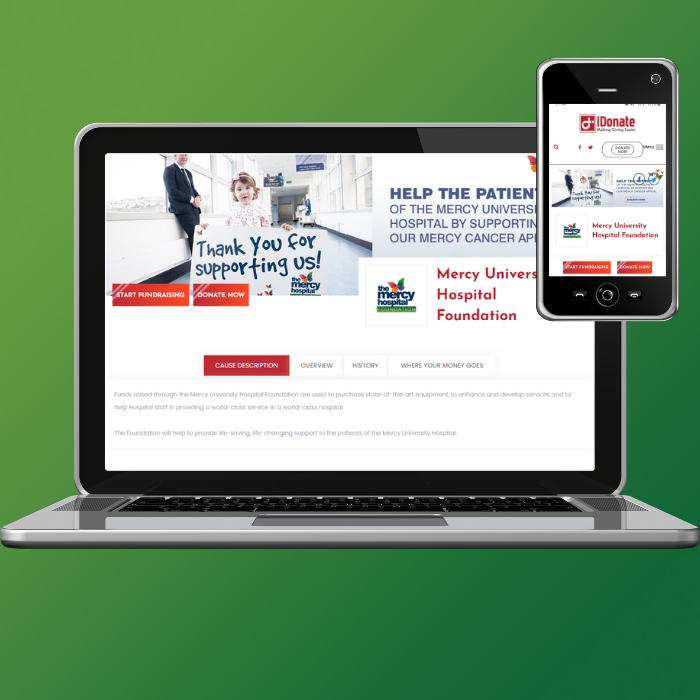 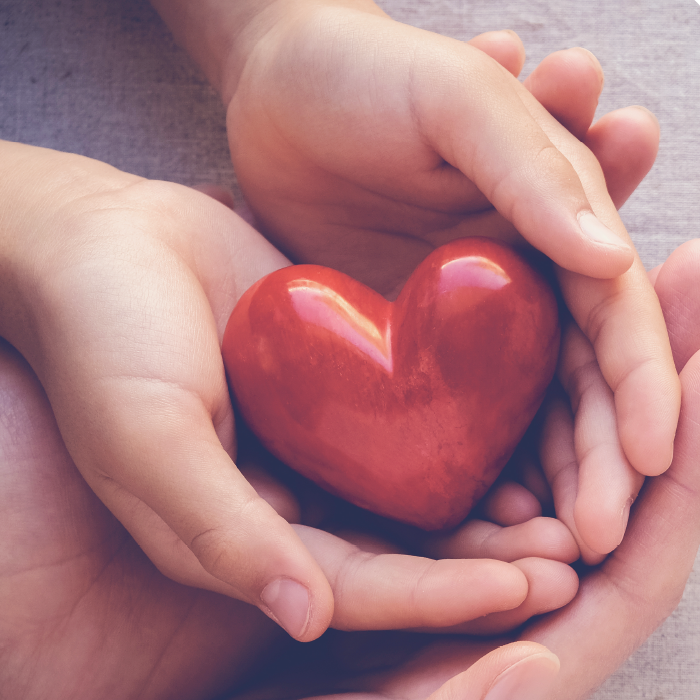 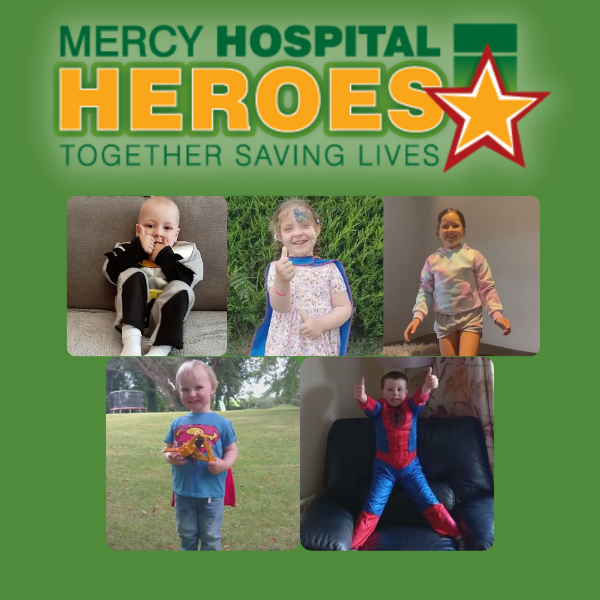 stay up to date

Have you sent your loved ones Christmas cards yet….. 🎅🎅

Why not purchase yours from the Mercy Hospital Foundation and you could support the patients of the Mercy while wishing your loved ones a Happy Christmas..

Head over to our website here www.mercyhospitalfoundation.ie/ways-to-donate/christmas-cards/ or call us on 021-4274076 to get your Mercy Hospital Foundation Christmas Cards. ... See MoreSee Less

Best of luck to 8 year old Kornelia who has decided to raise funds for the Mercy Hospital Foundation but cutting her hair.

Korneila is doing this in honour of one of her best friends Ruby who recently beaten her cancer diagnosis. Congratulations Ruby!

What an amazingly kind gesture. You can help support Kornelia and Ruby by visiting www.idonate.ie/fundraiser/11422164_justyna-drabent-s-page.html ... See MoreSee Less

We were delighted to be presented a cheque for an phenomenal €55,000 for funds raised during the Tour De Ronda for the Mercy Cancer CARE centre.

The event is organized by Sam (from the Carrigaline Lions Club) and Hilda Beamish and is the 2nd International Fort2Fort event which saw a team of 16 travelling to Ronda in Spain last September on a 4 day cycle through the Hills near the city of Ronda. This included a 96km Day Cycle of the Camino Via Serrana and 20 kms on the Via Verdre, Old Railway Line.

A special Well Done and Thank you to Sam and Hilda Beamish, all the cyclists, the supporters on the ground in Ronda, all the Tour De Ronda Sponsors and all who donated to these wonderful group of cyclists.

A great achievement sam well done to all involved

Massive thank you Delanys Cork for raising a fantastic €3000 for our Mercy Hospital Heroes plus a very kind donation of 50 was made on the night.

What an amazing Community and Club who got behind our Mercy Hero 3 year old Calvin Mulryan, one of our smallest patients of the Mercy Hospital Safari Unit.

Calvin, mom Emma and dad Ciaran was there to accept the cheque on the night. Big thanks to Ciaran Mulryan, Ger Maher and all the businesses and community from the Dublin Hill area who supported the Mercy Hospital Heroes Campaign. ... See MoreSee Less

Congratulations well done to all.💙

Thanks Deirdre for all your help 👍

A huge well done and thank you to everyone in Absolute Airsoft Cork who raised an amazing €11,410 hosting Ireland's largest charity airsoft game in aid of Makeyourmarkoncancer.

Over the last 5 Absolute Airsoft Cork have raised €35,120 for Makeyourmarkoncancer. This charity game is continuously getting larger every year and it is all down to the devoted players that come from all over to join in and help raise these funds.

A huge thank you also to everyone who supported the event and made it such a success. ... See MoreSee Less

Thank you for all the kindness shown to Ernest & Rachel Horgan and their family on his first anniversary.

A tragic accident of such a young man. What is being done in his honour is truly wonderful.

So sad such a handsome young boy.. RIP Jimmy 🌹

Handsome young boy.Rest in peace with the Angels.

May he rest in peace. Thinking of his family today.

May he Rest in peace and God love, mind and watch over his family 🙏

Rest in Peace Jimmy so sad

RIP. Such a tragic accident. Thinking of his family today. 😥

Psst…. It’s that time of year again 🎅, don’t forget your Christmas Cards . With so many things going digital why not be traditional this holiday season and send a Christmas Card to your loved ones?

You can purchase yours through the Mercy Hospital Foundation and support the patients of the Mercy, while wishing your nearest and dearest a Happy Christmas.

Our full range of festive season cards for 2021 are available to view on our website. Cards can be purchased online at www.mercyhospitalfoundation.ie/ways-to-donate/christmas-cards/ or from the Hospital Shop. ... See MoreSee Less

In March 2020 the world stopped, and the past 21 months have been a challenge for us all. From this the Cork Prison Officers Male Voice Choir decided to dedicate their own recorded version of ‘After All’ to all the cancer patients, families, and healthcare teams at Mercy University Hospital Cork

You can show your support for everyone by going to www.idonate.ie/CorkPrisonOfficersMaleVoiceChoir Currently they have raised an amazing €1,000 and are showing no sign of slowing down.

To watch the video you can visit: fb.watch/8xkRGAUL5w/ ... See MoreSee Less

Massive thank you to Catherine, Aideen and Pete who presented a cheque to the Mercy Hospital Foundation with funds going to the Mercy Cancer Appeal of €1,440, the proceeds of the Ger Kelly Memorial walk this year in Allihies Beara.

To date over €20,000 has been raised in memory of Ger. Thank you so much to everyone who donated and for your continued support of Catherine, Aideen and Pete over the past 6 years. ... See MoreSee Less 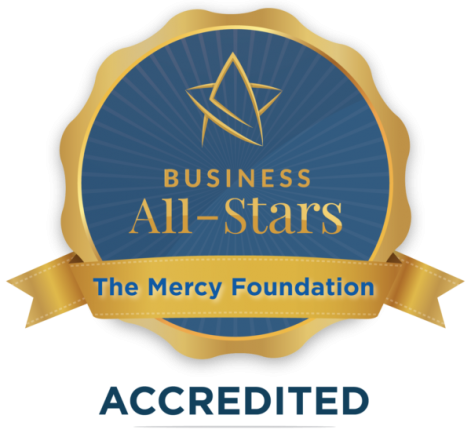 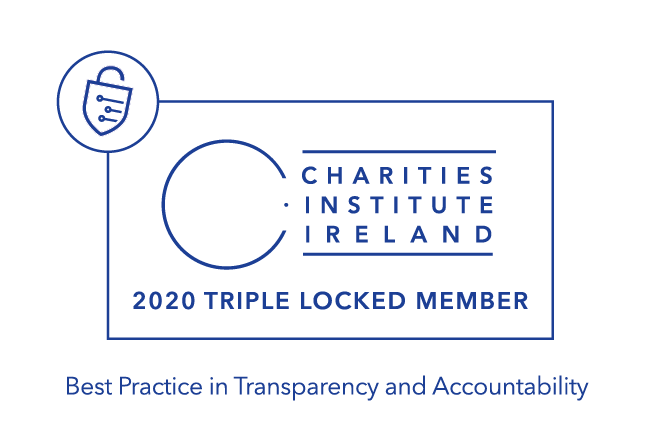 This website uses cookies to improve your experience while you navigate through the website. Out of these cookies, the cookies that are categorized as necessary are stored on your browser as they are essential for the working of basic functionalities of the website. We also use third-party cookies that help us analyze and understand how you use this website. These cookies will be stored in your browser only with your consent. You also have the option to opt-out of these cookies. But opting out of some of these cookies may have an effect on your browsing experience.
Necessary Always Enabled
Necessary cookies are absolutely essential for the website to function properly. This category only includes cookies that ensures basic functionalities and security features of the website. These cookies do not store any personal information.
Non-necessary
Any cookies that may not be particularly necessary for the website to function and is used specifically to collect user personal data via analytics, ads, other embedded contents are termed as non-necessary cookies. It is mandatory to procure user consent prior to running these cookies on your website.
SAVE & ACCEPT
Subscribe to our Ezine