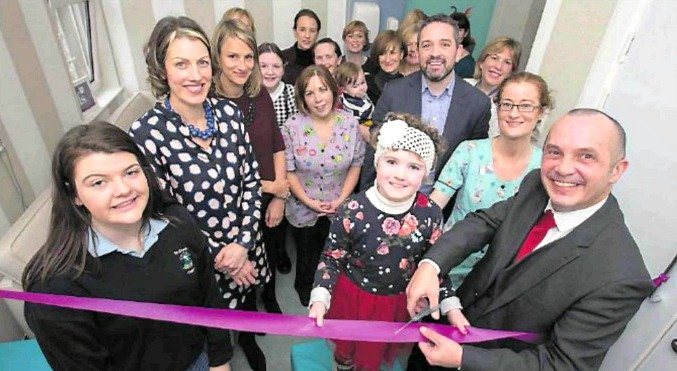 A teenager?s inspired make-over of a storeroom in the Children?s Leukaemia Ward at the Mercy Hospital has just been unveiled. Parents of children attending the unit said it will have a positive impact.?This room will make a huge difference to us,? said Therese Crowley. Her daughter, Lauren, 7, is undergoing shared treatment between Crumlin and the Mercy for lymphoma behind her eyes.?The new room is bright, it?s cheery, it?s just so lovely,? she said. Before this, the children would play in the corridor, but now you can sit down here and relax; you can watch the kids playing, rather than sitting in the corridor.?All Lauren remembers, really, about her time here is playing, and the toys, which is great.? 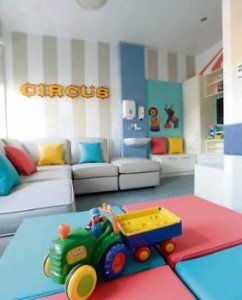 Seventeen year old Emma O?Callaghan from Mallow, Co Cork won a Bronze Gaisce Award and was chosen to oversee the makeover as part of a Facebook competition run by Gaisce, along with the furniture store DFS, the Mercy Hospital Foundation, and Optimise Design.

Sandy Boundy, whose two-year-old son Max was diagnosed with leukaemia in October 2013, said: ?It will make a fundamental difference to Max?s treatment. ?Being in a treatment room can, after a while, feel confining and claustrophobic. So being able to get out of the room and come in to a room like this will make a huge difference. ?Having a room where you can go, a really bright, light, airy space like this, will make an enormous difference to us as parents, and to the kids.?
DFS supplied colourful purpose-built couches and stools, covered in hospital-grade material. The room was kitted out with toy boxes, shelves heaving with books, and a TV. 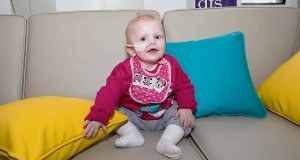 Know a company that would like to get involved in the work we do? Contact Eimear on 021 4274076 or email eimear@mercyfundraising.ie