National Awards for Excellence in Fundraising

We were shortlisted for The National Awards for Excellence in Fundraising. These National awards have been established by Fundraising Ireland to recognise exceptional achievement in the fundraising community and the winners are chosen on the basis of fundraising excellence.

Check out our shortlisted nominations… 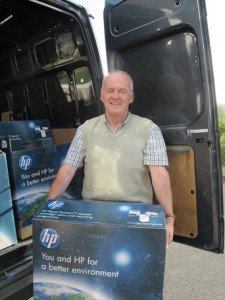 Denis O?Donovan is a dedicated, committed volunteer who has given selflessly of his time and energy to the Mercy Hospital Foundation since 2011. With the help of his son John, Denis runs the Ink Cartridge Recycling Campaign. Working up to 30 hours a week, on a voluntary basis, Denis covers the Munster region collecting ink cartridges from companies, schools and colleges. Through the recycling initiative, Denis is raising significant funds for the Mercy Cancer Appeal, while also having a most positive impact on the environment, by saving over one million ink cartridges from entering landfills since he started. Denis is constantly recruiting new companies to get on board, and maintains excellent relationships with all stakeholders in this partnership. He is a fantastic ambassador for the Mercy Hospital Foundation and a most worthy recipient of the Volunteer Fundraiser of theYear. 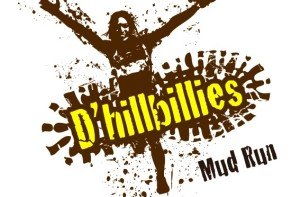 We were approached by the Keane family, whose father James was treated for cancer in The Mercy, they asked us to help them organise a mud run locally as a way to raise funds for the hospital. James? family and the Mitchelstown Lions Club wanted to show their appreciation to The Mercy for the excellent care their father received under Mr Tom Murphy, Dr Derek Power and their team, before, during and after his operation. His sons Willie and Philip and friend Pa O?Keeffe regularly compete in mud runs nationwide and decided, with the help of the Mitchelstown Lions Club, this would be a great way to help raise vital funds for cancer care at The Mercy. This event took place on the 1st November and, as a fully organized volunteer event, was both unique and innovative in that no person was paid to organize the Mud Run. The event was coordinated by a committee of Mitchelstown Lions Club with 6 Members from start to finish. D?Hillbillies Mud Run helped the Mercy Hospital Foundation to let the people of Mitchelstown and surrounding areas know more about the work of the Foundation but also about the new Mercy Cancer Care Centre proposed to open at the end of 2016.

Supplier of the Year – Barry Design

Barry Design have been providing graphic design and printing services to The Mercy Hospital Foundation since we were founded in 2007. Internally, we describe them as our ?other staff member?. In fundraising so often a good idea comes along at the last moment and this is where Barry Design excels. They can turn around full artwork in lightening fast time with no drop in quality of the work and at an extremely competitive rate.This flexibility makes them integral to the fundraising work that we do. Barry Design are essential to our branding and identity and have helped the success of The Mercy Hospital Foundation?s fundraising to aid the patients at the hospital.
Winners announced at the 2015 Awards Gala Dinner.

This website uses cookies to improve your experience while you navigate through the website. Out of these cookies, the cookies that are categorized as necessary are stored on your browser as they are essential for the working of basic functionalities of the website. We also use third-party cookies that help us analyze and understand how you use this website. These cookies will be stored in your browser only with your consent. You also have the option to opt-out of these cookies. But opting out of some of these cookies may have an effect on your browsing experience.
Necessary Always Enabled
Necessary cookies are absolutely essential for the website to function properly. This category only includes cookies that ensures basic functionalities and security features of the website. These cookies do not store any personal information.
Non-necessary
Any cookies that may not be particularly necessary for the website to function and is used specifically to collect user personal data via analytics, ads, other embedded contents are termed as non-necessary cookies. It is mandatory to procure user consent prior to running these cookies on your website.
SAVE & ACCEPT
Subscribe to our Ezine