Youghal Cycling VEE Challenge in aid of The Mercy 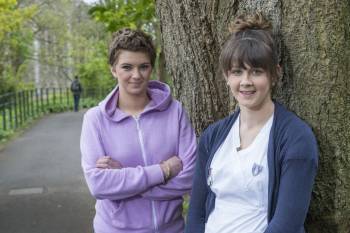 Youghal Cycling Club will hold their VEE Challenge on Sunday, 9th August with all funds raised going towards the Mercy Cancer Appeal. The Cycle begins at Youghal GAA Club at 9am with sign-in taking place at 8am. Cyclists can choose the 90KM route or the tougher 130KM route.

Many thanks to the Bulman Family from Youghal who are instrumental in arranging the support from this event. Shannen Bulman was diagnosed with Non-Hodgkins Lymphoma last July and was successfully treated in St. Therese’s Ward in The Mercy. Now, Shannen and her family are hoping to raise ?16,000 to buy 11 recliners for chemotherapy patients in The Mercy? they have reached about ?6,000 so far. Funds raised from the VEE Challenge will help the Bulman Family get closer to their target.

?The support, care and understanding that I received from the staff at the Mercy, on what was the toughest journey of my life, was phenomenal. I was looked after so well, not only in St Therese?s Ward, but also in a number of other wards including St Anne?s that I spent time in at one point. It wasn?t just me they looked after though, they also helped my family through it.”

If you’re interested in taking part in the VEE Cycle on Sunday, 9th August, check out the Youghal Cycling Club’s Facebook page here.